Has the #MeToo movement positively/negatively affected reporting of sexual harassment at work? As sexual misconduct scandals rock the nation, what are employers, employees and the law going to do about it? 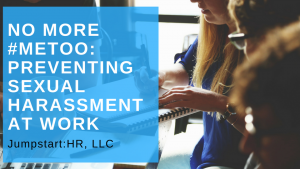 The American Law Journal is the recent winner of two Mid-Atlantic Emmy® awards for 2017 for a total of five since 2015.  All programs are available at http://www.LawJournalTV.com. Program 1809.